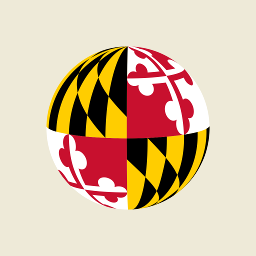 Madeline Zilfi specializes in Middle Eastern and Islamic history during the last centuries of the Ottoman Empire, including the transition to the modern states of the Middle East. Her written research focuses on the period from the 1680s to the 1850s, particularly with regard to urban culture and social and religious movements, law and legal practice, slavery, and gender issues.

Professor Zilfi is the author of The Politics of Piety: The Ottoman Ulema in the Post-Classical Age (1988), editor of Women in the Ottoman Empire: Middle Eastern Women in the Early Modern Middle East (1997), and an associate editor of the six-volume work, Europe 1450-1789:  Encyclopedia of the Early Modern World, ed. Jonathan Dewald (2003).  She is also the author of Women and Slavery in the Late Ottoman Empire:  The Design of Difference (Cambridge University Press, 2010), which examines the way that slavery, particularly the enslavement of women in the eighteenth and nineteenth centuries, was closely tied to imperial ideology and the construction of masculinity in the Ottoman Empire.

Professor Zilfi's articles deal with Islamic revivalist movements (“The Kadizadelis:  Discordant Revivalism in Seventeenth-Century Istanbul”); divorce and family relationships in Islamic law and Ottoman-era practice ("We Don't Get Along: Women and Hul Divorce in the Eighteenth Century”); sumptuary regulation and patterns of consumption (“Whose Laws?  Gendering the Ottoman Sumptuary Regime”); cultural conflict in the early eighteenth-century Tulip Era ("Ibrahim Pasha and the Women"); and slavery and domestic labor (“Servants, Slaves, and the Domestic Order in the Ottoman Middle East").  In addition to research on recent debates regarding the history and legacy of the Ottoman Janissary corps, her current projects include a study of early twentieth-century Muslim immigration to the United States and the landmark “Ex Parte Mohriez” court decision of 1944.