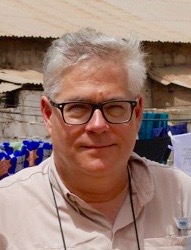 Philip Soergel received the Ph.D. in medieval and early modern European history from the University of Michigan in 1988. From 1989 until 2005 he was a member of the Department of History at Arizona State University in Tempe.  He is the author of Wondrous in His Saints: Counter-Reformation Propaganda in Bavaria (California, 1993) and Miracles and the Protestant Imagination (Oxford, 2012).  In addition, he has edited two collections of essays in the series Studies in Medieval and Renaissance History, written two reference books for the series Arts and Humanities through the Era (Thomson, 2004), and has published numerous essays and articles. Currently, he is a co-editor of the Routledge series Religious Cultures in the Early Modern World.  He has received grants and fellowships from the National Endowment for the Humanities, the Friedrich Ebert Foundation, and the American Philosophical Society.  From 1993 to 1995 he was a member of the Institute for Advanced Study, Princeton.  On several occasions he has been a fellow of the Duke August Library, Wolfenbüttel, Germany and has twice served as a visiting professor at the University of Bielefeld.  A member of the Department of History at College Park since fall 2005, Soergel teaches courses on the Italian and Northern European Renaissances, the Protestant and Catholic Reformations, medieval and early modern religion, and the history of Christianity.  He is currently serving a term as chair of the department.