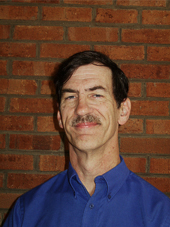 Professor Friedel has written several monographs in the history of technology, focusing largely on the nature of invention (Pioneer Plastic, Edison's Electric Light, and Zipper: an Exploration in Novelty).   His latest book is a wide ranging survey of Western Technology since the Middle Ages, A Culture of Improvement; Technology and the Western Millennium, which received glowing reviews in the New York Times and the Wall Street Journal. In addition he has published numerous articles and shorter works on material culture, as well as the history of technology, ranging from the history of materials to changes in the engineering profession.  More recent research has included environmental history as well, and Prof. Friedel is an Affilliate Professor in Maryland’s Department of Environmental Science and Technology.

Before coming to the University of Maryland he was a historian at the Smithsonian Institution and at the Institute of Electrical and Electronics Engineers. He continues extensive work with museums, consulting and collaborating in a range of projects for museums and agencies in Calcutta, Delhi, Stockholm, Munich, and Pittsburgh as well as Washington. His museum exhibits include "A Material World" at the National Museum of American History, and "Breaking Through: The Creative Engineer" for the National Building Museum. He has been active in numerous capacities for the Society for the History of Technology, has been a contributing editor for American Heritage of Invention and Technology , and an advisory editor for Technology & Culture. He has held fellowships at the Smithsonian, the Hagley Museum, the American Antiquarian Society, the University of Virginia’s Darden School of Business, and the Dibner Institute for the History of Science and Technology.