A ‘Bridgerton’ Too Far? 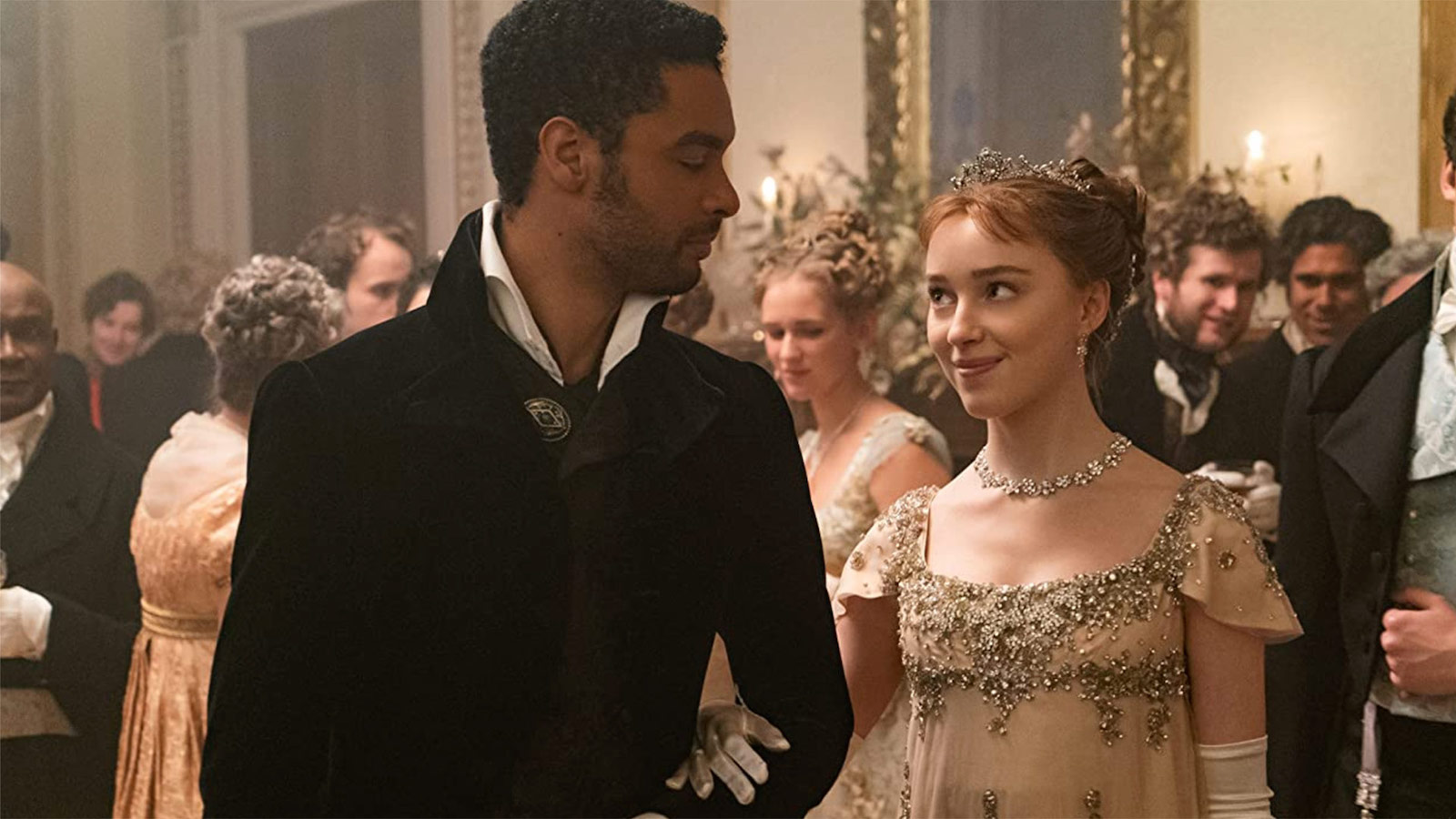 Just before midnight on Monday, Kim Kardashian West took to Twitter to ask a question many of us have pondered over the last month. (Celebrities—they’re just like us!) West mused: “Should I start Bridgerton tonight?”

The Shonda Rhimes-produced Netflix series has become a TV-bingeing phenomenon, viewed by more than 82 million households since its December release. Fans have been swooning over the Regency-era confection, with its colorful dresses, manor estates, forbidden make-outs and society gossip. “Bridgerton” is, well, a bridge for many into a bygone world, said Julie Taddeo, research professor in UMD’s Department of History focusing on modern British culture.

“It is drawing more people to history,” she said. “That’s what’s so great about period television: People who wouldn’t normally take an interest in history” begin reading about the time period and, in a pre-pandemic world, planning trips to visit the places seen on screen.

But how much does “Bridgerton,” named for the show’s primary family, reflect the truth of 1813 London? It’s a mixed bag, according to Taddeo. Scandal sheets, in which journalists printed salacious details about unnamed but easily identifiable high rollers, were common and ruined people’s reputations—just like Lady Whistledown’s Society Papers in the show.

The show’s diverse casting, one of its hallmarks, is briefly explained in the series—in this reality, the king fell in love with Queen Charlotte, who is imagined as Black, and then granted legal equality to people of color. “There is a theory that’s been proposed … that one of Queen Charlotte’s ancestors on her Portuguese side was of African descent,” said Taddeo, but many historians remain unconvinced.

Diverse populations weren’t uncommon in English cities and port towns, according to Taddeo; Black people often worked as servants or sailors, and among the lower classes, mixed-race marriages happened somewhat frequently. But the show’s idea that “love can conquer all problems, even racism” erases England’s history of discrimination and slavery, said Taddeo. Although the slave trade was abolished in England in 1807, the British Empire’s sugar-producing colonies continued practicing slavery until 1833.

“The queen did take part in the sugar boycotts, which was part of abolitionist strategy,” said Taddeo, who noted the parade of sweets on view throughout the series. “It would have been exciting to show the queen or even the Bridgertons boycotting sugar.”