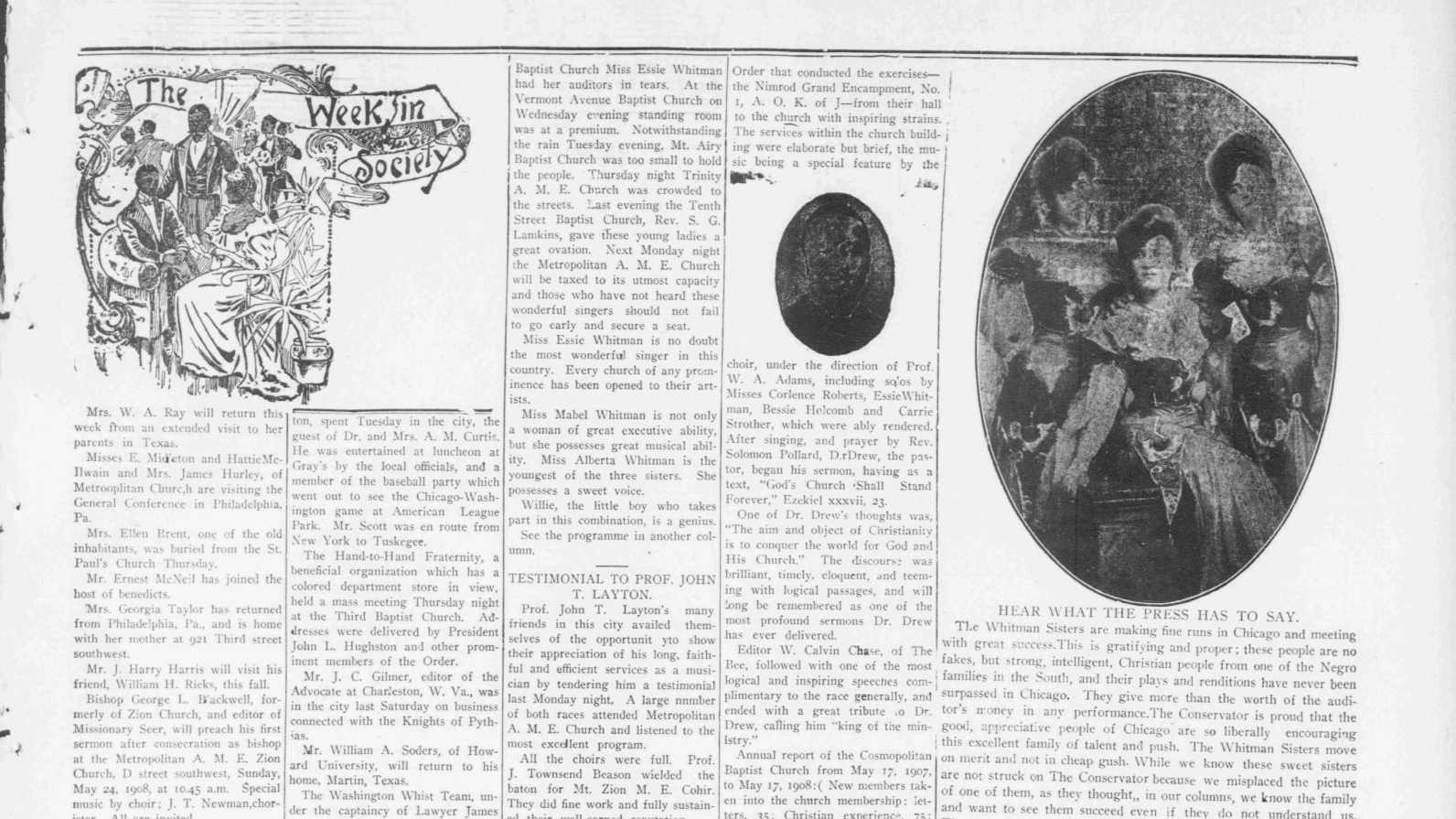 The honors student has conducted historical research focused around gender, sexuality and performance.

Senior Andrew Forschler, a history major and secondary education minor, has been named one of the University of Maryland’s Undergraduate Researchers of the Year for 2021.

Forschler, who was nominated by Professor of History Robyn Muncy, is among seven undergraduates from across campus selected to receive the award, given annually by the Office of Undergraduate Studies to recognize exceptional accomplishments in undergraduate research.

As a student in the History Honors Program, Forschler conducted archival research that focused around gender, sexuality and performance and produced original research on marginalized or forgotten figures, including obscure suffragists and male impersonators. His honors thesis “constitutes an original contribution to LGBTQ history in the 20th century U.S.,” Muncy said.

“The Department of History at Maryland provided me with so many opportunities to do research,” said Forschler, who also graduates with a certificate in East Asian studies. “I know now that I can really help to create new knowledge that represents a much more diverse U.S. history than what we’re often taught.”

Thanks to an “obsession” with the musical “Hamilton” his freshman year, Forschler decided to take a history class. During that course, HIST201: “The United States from the end of the Civil War to the present,” Forschler fell in love with the discipline and decided to major in history.

In his first ever research seminar, HIST208: “Historical Research and Methods Seminar,” Forschler researched music written about the Baltimore riot of 1861, also called the “Pratt Street Riots,” which resulted in the first casualties of the Civil War. Using sheet music housed at the Library of Congress, he explored the different ways that the bloodshed was portrayed in Union and Confederate music.

Following that course, he began to search out any opportunity he could find to conduct historical research. “I just loved it,” he said.

Though history majors are required to take just one upper-level research seminar in history, Forschler went on to take three. In one of those seminars, HIST408W: “Votes for Women in Maryland,” taught by Muncy, he used over 100 different primary source documents—including pamphlets, newspaper articles and magazines—to piece together a story of a little-known suffragist, Dora Ogle, which was published as part of a national crowdsourced research project.

Muncy said Forschler exhibits a “zealous commitment to and enjoyment of research.”

“He has iridescent curiosity about the world, sharp intelligence and self-direction,” she said.

Forschler’s honors thesis, which Muncy directed, focused on what’s been called “the pansy craze” of the late 1920s and early 1930s, when female impersonators (and some male impersonators, or “drag kings”) were popular in nightclubs in New York and Chicago. Forschler consulted over 1,000 articles from 11 newspapers from across the United States and, in the process, created his own searchable database in Google Drive to organize his research materials.

Ultimately, he found that the craze was more widespread and longer-lasting than previously known. He discovered that the Black press reported more extensively and openly on queer performers than the white press. And he made an original argument about the way that a “closet” was formed around homosexuality in the mid-20th century U.S.

He argued that “queer identities and desire...were shrouded in a range of cultural and political sites and across communities at different times,” Muncy said. “In this work, Andrew produced important historical scholarship.”

In March, when the New York Times published a story about drag kings that referenced the website dragkinghistory.com, Forschler wrote to the creator to inquire whether he may be interested in publishing his research. As a result, Forschler published a profile of performer Bert Whitman on the site and will publish additional research this summer.

He says he’s grateful to the Department of History for shaping his undergraduate years, as well as setting him on the path to pursue research long-term.

“When I signed up to be a history major, I couldn’t have imagined I’d have the chance to do what I am doing now,” he said. “It’s so amazing and fulfilling; it really excites me to tell these forgotten stories.”

Historical image is from the Washington Bee, May 23, 1908, courtesy of the Library of Congress. Headshot courtesy of Andrew Forschler.