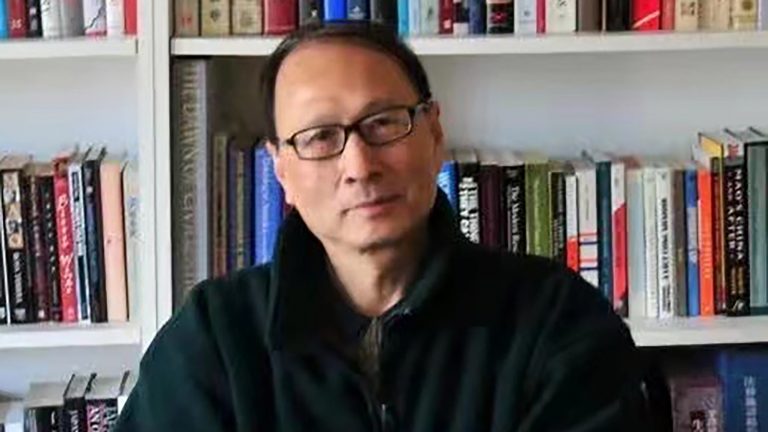 James Gao, Professor of Modern Chinese History at the University of Maryland, College Park, died on October 26, 2021, at the age of 73. The cause was cancer.

Professor Gao was born and raised in Hangzhou, China, the capital of Zhejiang Province in Southeast China. In 1983, he earned a master’s degree in Political Science from Peking University and taught at that university as an Assistant Professor from 1983 to 1986. He did his graduate training at Yale University, where he received his Ph.D. in 1994.  He was an Associate Professor of History at Christopher Newport University from 1992 to 1998. He joined the faculty of the History Department of the University of Maryland, College Park as an Associate Professor in 1998. Since 1999, he was a regular summer Visiting Research Fellow at the Institute for Contemporary Chinese Studies at Peking University.

Professor Gao was a founding member and, in 1987-88, the first President of the organization of Chinese Historians in the United States (CHUS). As he explained in his 2008 essay, “From Margin to Cutting Edge: The Search for a Paradigm in Chinese Historical Studies,” in The Chinese Historical Review, CHUS served to bring together historians who came of age and had done their undergraduate work in China and then decided to do graduate training and work in American universities. The essay was both a call for scholarly innovation as well as a most interesting account of the situation of his generation of Chinese historians at the early phases of their academic careers in the United States. His scholarship was part of a creative and bold result of this this challenging cross-fertilization of cultures begun in an era of relative openness in China.

His published works include Meeting Technology’s Advance: Social Change in China and Zimbabwe in the Railway Age (Greenwood, 1997), and The Communist Takeover of Hangzhou: The Transformation of City and Cadre, 1949-54 (University of Hawaii Press, 2004). He wrote the 700 entries in the Historical Dictionary of Modern China, 1800-1849 (Scarecrow, 2009). His Shanghai Market: Rice Consumers, Merchants and the State, 1955-1964 was completed and in a publishers’ review process at the time of his death. In addition, his fifteen articles in scholarly journals examined multiple issues including food rationing, photography of Chinese disasters, famine in the 1950-s, consumerism, the history of rice in Shanghai, war and nationalism during the Korean War years, and rural revolutionaries in the cities.

In The Communist Takeover of Hangzhou, Gao wrote a remarkable history of his hometown. The work drew on three years of research in the city archives, those of the Communist Party, press accounts as well as oral interviews. The result was one of the first archivally based accounts of the Communist seizure of power in a Chinese city in those years. Gao depicted a cultural clash between peasant based Communist revolutionaries, and an urban professional and intellectual middle class. Messages from Mao Zedong encouraged both a “cautious realism of the early 1950s” as well as calls for radicalism and transformation. Gao saw in the latter some roots of the Communists’ “utopian fanaticism in the later years.”  The cultural politics and psychological attacks on “class enemies” in those early years foreshadowed the much harsher confrontations of Mao’s Cultural Revolution in the 1960s. Gao’s focus on the contrast between the radical countryside and the comparatively conservative cities underscored a distinctive feature of the Chinese revolution, one that became part of the international reputation of Maoism in subsequent decades. The Communist Takeover of Hangzhou, as well as his published articles, displayed a welcome integration of social with cultural, political, and intellectual history. It remains a work of enduring importance for historians not only of China, but of revolutions in general.

Though his work will endure his death is a great loss for the Department of History at the University of Maryland, College Park, and for the historical profession in general. His scholarship displayed a creativity, boldness, and importance that, as was the case with previous intellectual migrations to the United States, greatly enriched the American historical profession. James Gao was also a colleague of great integrity and courage. His life and work will hopefully inspire successor generations of historians of modern China. He is survived by his wife, Laura Liu, and his son, Weijing Gao.

Obituary published in The Diamondback