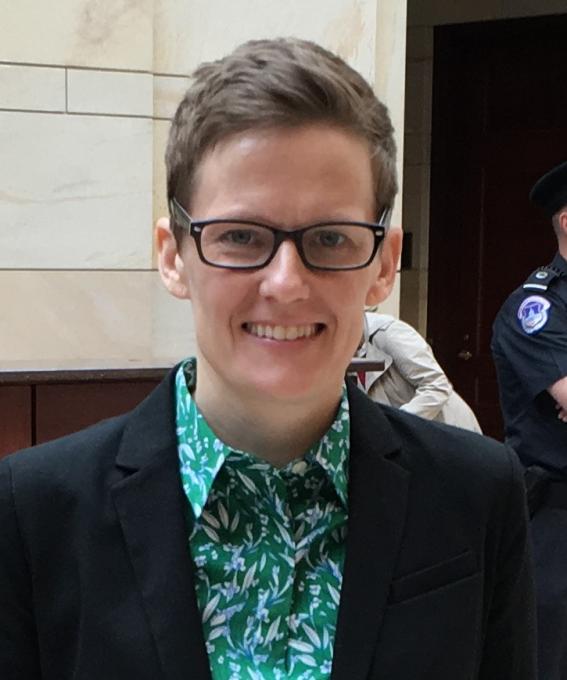 Professor Colleen Woods studies US history in a global context, with a special focus on Asia and the Pacific. Her research interests include: US Empire, transnational politics (anticommunism and communism), decolonization, and global imperial history.

She will publish her first book, Freedom Incorporated: American Imperialism and Philippine Independence in the Age of Decolonization with Cornell University Press in early 2020. Freedom Incorporated argues that U.S. imperialism and anticommunist politics were intertwined in the Philippines between the 1930s and the late 1950s. From the 1930s through the late 1950s American officials were eager to distinguish U.S. policies from European imperialism in Southeast Asia. They wanted to project the image that the United States was an anti-imperial global power. They promoted the Philippines first as a model colony and then as a successful postcolonial democracy on the global stage. Tracing shifts in U.S. imperial power, the book argues that Americans and Filipino elites used anticommunist politics to contain Philippine social movements that sought to overturn the persistence of a colonial order in the islands. By demonstrating the interconnections between American imperial and anticommunist politics, Freedom Incorporated reveals how colonization and independence in the Philippines shaped the broader U.S. response to global decolonization.

Professor Woods has published in the Journal of Contemporary History (“Seditious Crimes and Rebellious Conspiracies: Anti-Communism and US Empire in the Philippines”) and in LABOR: Studies of Working-Class History (“Building Empire’s Archipelago: The Imperial Politics of Filipino Labor in the Pacific”). She has a forthcoming historiographical essay titled, “The Burden of Empire: The US in the Philippines, 1898-1965” in the Companion to U.S. Foreign Relations, Colonial Era to the Present (Wiley Blackwell, 2020). Woods is currently working on a second project that will bring together histories of U.S. foreign affairs, labor, and capitalism through a study of U.S. military and military contractors recruitment of and reliance on low-wage Filipino labor in the postwar Pacific.

Woods teaches graduate readings courses on U.S, U.S. in the World, and Global History and undergraduate courses on U.S. foreign affairs from the colonial era to the present, WWII in the Pacific, the Vietnam War, historical memory, as well as an undergraduate research seminar titled “State Secrets: Writing the History of the CIA.”

Her work has been supported by the American Council of Learned Societies (ACLS) and the Society of Historians of American Foreign Relations (SHAFR). Before joining the history faculty at the University of Maryland, Woods spent the 2012-2013 academic years as a Mellon Postdoctoral Fellow in the Department of History at Amherst College. Woods received her Ph.D. in History from the University of Michigan in 2012.

Freedom Incorporated: Anticommunism And Philippine Independence In The Age Of Decolonization

Learn about Colleen Woods' book, "Freedom Incorporated: Anticommunism And Philippine Independence In The Age Of Decolonization."

Colleen Woods' book "Freedom Incorporated: Anticommunism And Philippine Independence In The Age Of Decolonization" demonstrates how anticommunist political projects were critical to the United States' expanding imperial power in the age of decolonization, and how anticommunism was essential to the growing global economy of imperial violence in the Cold War era.