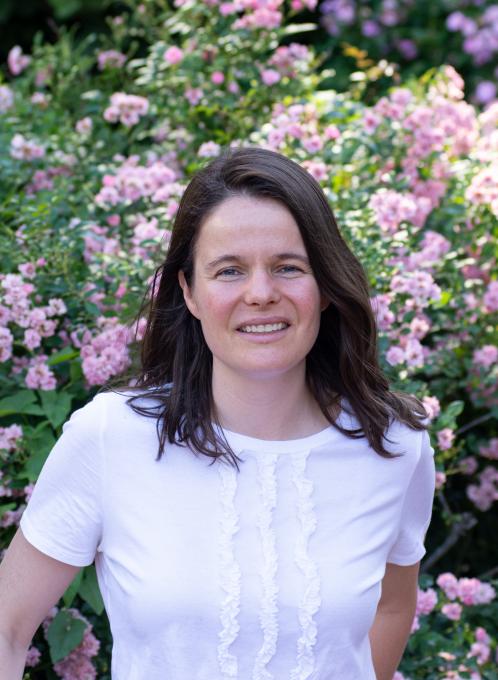 Professor Sarah Cameron is a historian of Russia and the Soviet Union.  Her research interests include genocide and crimes against humanity, environmental history, and the societies and cultures of Central Asia.

Her first book, The Hungry Steppe: Famine, Violence, and the Making of Soviet Kazakhstan (Cornell University Press, 2018), examines one of the most heinous crimes of the Stalinist regime, the Kazakh famine of 1930-33.  As part of a radical social engineering scheme, Josef Stalin sought to settle the Kazakh nomads and force them into collective farms. More than 1.5 million people perished as a result, a quarter of Soviet Kazakhstan’s population, and the crisis transformed a territory the size of western Europe.

Drawing upon a wide range of sources in Russian and in Kazakh, the book brings this largely unknown story to light, revealing its devastating consequences for Kazakh society.  It finds that through the most violent means the Kazakh famine created Soviet Kazakhstan and forged a new Kazakh national identity.   But the nature of this transformation was uneven.  Neither Kazakhstan nor Kazakhs themselves became integrated into the Soviet system in precisely the ways that Moscow had originally hoped.  The experience of the famine scarred the republic for the remainder of the Soviet era and shaped its transformation into an independent nation in 1991.

The book uses the history of the Kazakh famine to overturn several assumptions about violence, modernization, and nation-making under Stalin, highlighting, in particular, the creation of a new Kazakh national identity, and how environmental factors shaped Soviet development. Ultimately, The Hungry Steppe depicts the Soviet regime and its disastrous policies in a new and unusual light.

The book won four book awards (the Reginald Zelnik Book Prize, the W. Bruce Lincoln Book Prize, the Joseph Rothschild Prize in Nationalism and Ethnic Studies and the Southern Conference on Slavic Studies Book Prize) and two honorable mentions (the Wayne S. Vucinich Book Prize and the Heldt Prize).  It has also provoked intense discussion in Kazakhstan, where the famine remains a partially forbidden topic in part due to Kazakhstan's close relationship with Russia.  Russian and Kazakh translations of the book have been released.

Dr. Cameron has held fellowships at the Kluge Center at the Library of Congress, the Rachel Carson Center for Environment and Society in Munich, Germany, and the Woodrow Wilson International Center for Scholars.  Her research has been supported by the Harry Frank Guggenheim Foundation, Mellon/The American Council for Learned Societies, Fulbright and others.  She received her PhD from Yale University.

At present, Prof. Cameron is at work on a new book-length project examining the transformation of the Aral Sea in Central Asia over the course of the twentieth century.

The Hungry Steppe: Famine, Violence, and the Making of Kazakhstan

Learn about Sarah Cameron’s book "The Hungry Steppe: Famine, Violence, and the Making of Kazakhstan."

Sarah Cameron’s book, "The Hungry Steppe: Famine, Violence, and the Making of Kazakhstan" uses new Russian and Kazakh language sources to tell the story of one of the most abominable crimes of the Stalin years—and one that’s gone largely untold. Between 1930 and 1933, more than 1.5 million people—a quarter of Kazakhstan's population—perished as a result of a state-driven campaign that forced a rural, nomadic population into collective farms and factories and confiscated their livestock. Although elements of nomadic culture continued to influence Kazakh life in the post-famine years, the effort effectively eradicated nomadism as an economic practice.