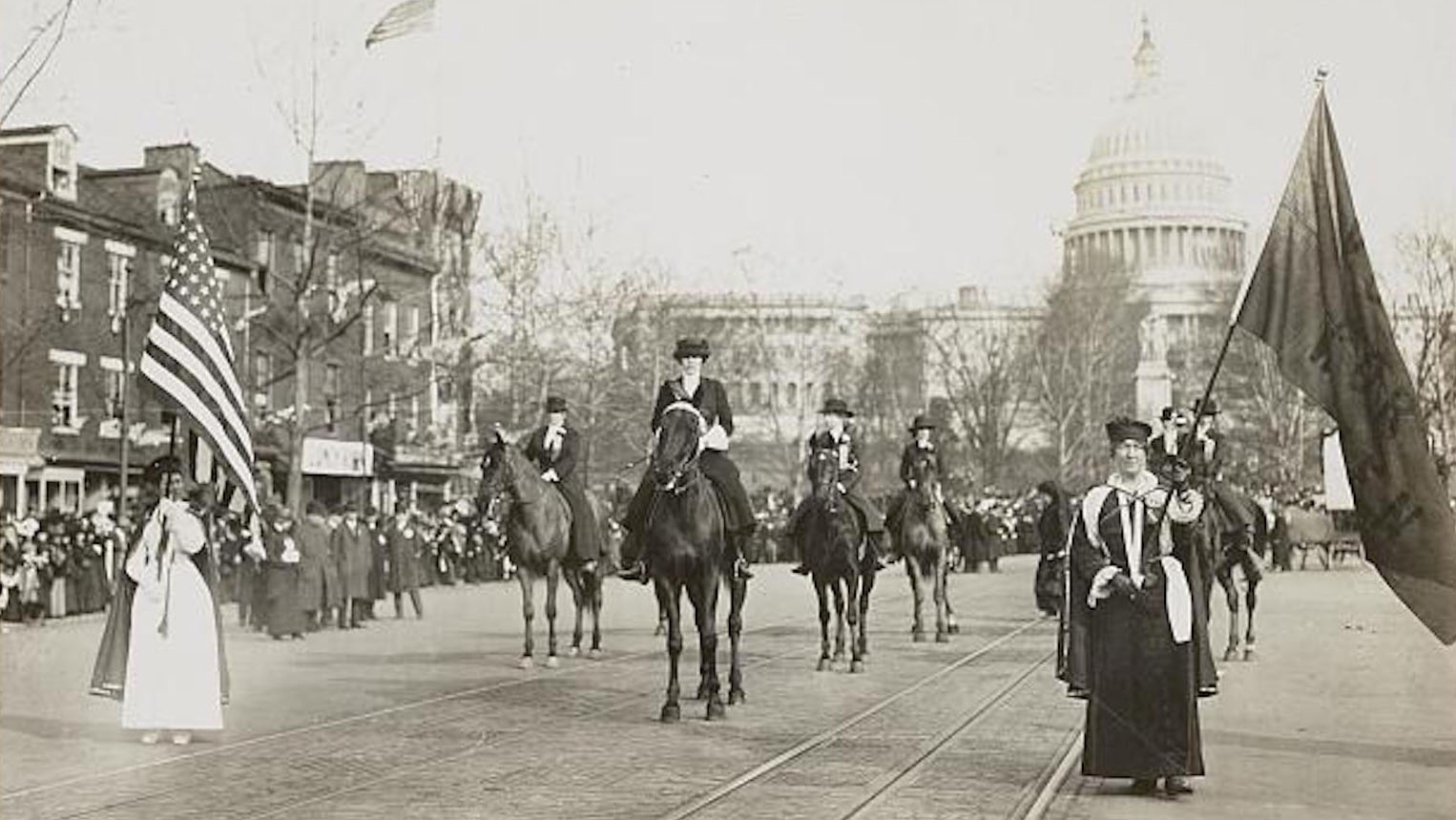 During Women’s History Month, a history professor and two students reflect on their quest to tell the stories of those too often left out.

Many people recognize the names of well-known American suffragists Susan B. Anthony and Elizabeth Cady Stanton. Fewer know those like Dora Gelletly Ogle, a passionate activist from Maryland who was an active member of the National Woman's Party from the 1920s to the 1940s and was even asked to run for Congress. Dubbed a “fearless fighter … always on the progressive lines,” Ogle picketed the White House, published editorials and helped pass equal rights measures.

A biographical sketch of Ogle’s life, available to the public through the path-breaking database “Women and Social Movements in the United States,” tells the story of a figure who may have been forgotten by history if not for the sleuthing of senior history major Andrew Forschler ’21. During a seminar in Spring 2019, Forschler used over 100 different primary source documents—including pamphlets, newspaper articles and magazines—to piece together Ogle’s story, which was published as part of a national crowdsourced research project.

“It was a fascinating experience—to try all these different methods to hone in on one person and figure out everything I could about them,” said Forschler, who is also pursuing a minor in secondary education and a certificate in East Asian studies.

As a result of that course, HIST 408W: “Votes for Women in Maryland,” Forschler cemented his passion for research and is now devoted to telling the stories of underrepresented and minority groups in history, especially related to the history of gender. After writing an honors thesis about male and female impersonators in the 1930s, he’s now using the methods he learned in class to write biographical sketches of male impersonators—or “Drag Kings”—for the website Drag King History.

Professor of History Robyn Muncy, who in 2019 guest curated an exhibit at the National Archives to honor the centennial anniversary of the 19th Amendment, taught the suffragists seminar, which assigned each student two obscure Maryland suffragists and gave them a grounding in the methodologies and sources—census records, city directories, historical newspapers and manuscript collections, for instance—needed to dig up their stories. Eventually, the majority of the sketches were published in the database.

Muncy said that telling the stories of women and others who’ve been marginalized throughout history—including working class people, people of color and members of the LGBTQ+ community—isn’t just crucial to understanding the past; it also helps contextualize the present and show how historical change happens. Because institutions have not always valued these voices, the records of individuals from these groups are less likely to be preserved in “pristine archives where they’ll be catalogued,” she said.

Senior history major Rigby Philips ’21 credits the suffragists seminar with sending her on a path to do “public history.” After that course, Philips became the primary researcher for the new virtual exhibition at Maryland, “Get Out the Vote: Suffrage and Disenfranchisement in America,” which used 200 documents, photos, posters, videos and audio clips from UMD Libraries’ collections. This semester, she is a curatorial intern at Heurich House Museum; this summer she will intern with the Smithsonian’s Folklife records, cataloguing music from the 1940s to the 1980s.

"When we learn about women's history a lot of the time we learn about these extraordinary women,” she said. “But I really want to focus on the half of the population that propped up society ... [whose stories] weren’t ‘worth studying.’”

“I want to tell everyday women’s stories and make sure that we reframe the way we think about women in history,” she added.

Forschler, too, hopes to work in digital archives after graduation, with the goal to make it easier for people to research and write about underrepresented groups. He plans to pursue a master’s in history and library & information science.

“The primary sources are out there,” he said. “You just have to get creative and look in the right places.”

In a seminar taught by Professor of History Robyn Muncy, students learned the research skills needed to dig up stories about obscure Maryland suffragists. Photo of women suffragists at a parade in Washington, D.C., Mar. 3, 1913, courtesy of the Library of Congress.