The Middle East Graduate Field Committee is a community of faculty and students who are interested in researching and studying all things related to the Middle East.

This committee was formed with the goal of facilitating a space for interdisciplinary scholars to meet, discuss, and learn about the Middle East. The committee is composed of scholars who reside in the history, communication, political science, Jewish studies, Arabic, and Persian departments. The committee hosts events, conferences, colloquia, and reading groups in order to create a space to study the Middle East.

History and Society on TV in the Middle East Conference: April 6-7, 2017

Middle Eastern-produced television serials are a billion-dollar industry, and one that has stirred controversy among audiences in the Middle East, North Africa, and beyond. The conference will bring together scholars of history, languages and culture, communication, film studies, political science, and anthropology to explore the transnational projection of Middle Eastern television productions and the heated debates over history and contemporary social relations that they have generated.

On April 6-7, 2017, we will investigate Middle Eastern televised fiction in shaping popular opinion. A prelude to the conference includes showings of Middle Eastern productions.

This event has been organized by Professor Madeline Zilfi, who can be contacted at mzilfi@umd.edu. 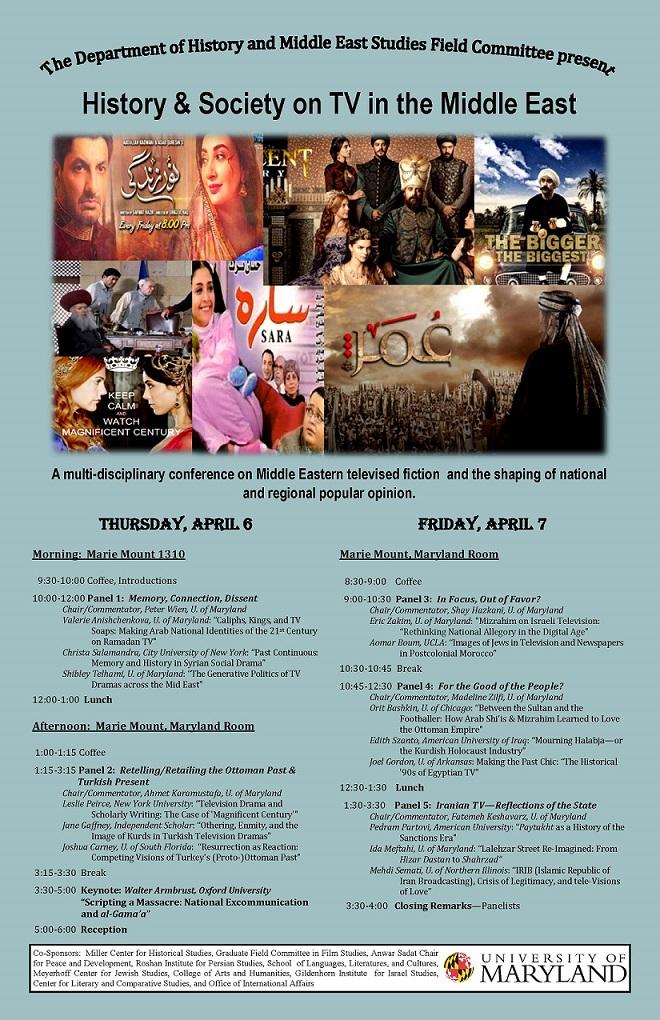